The number of hotels, rest homes and other facilities to accommodate tourists increased by 12.7% in the past year.

In June 2016 the average cost of staying in hotels stood at KZT8,728 in Kazakhstan against KZT7,858 a year earlier. 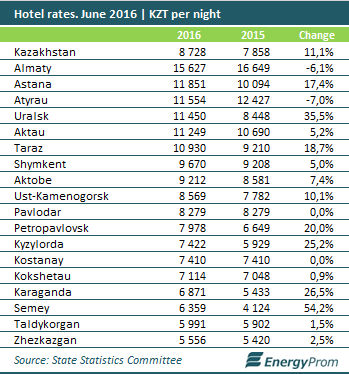 The highest annual growth was recorded in Kostanay – 47.2%. 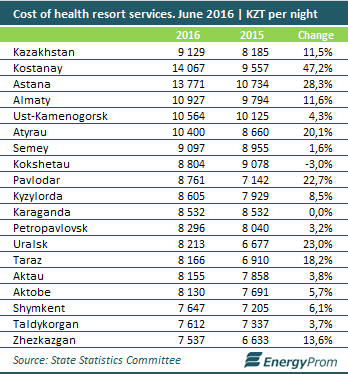 The number of bed places has steadily been growing since 2012 when it fell by 7.1% year on year for the first time in many years.

There were 2,338 bed places in health resorts in Kazakhstan last year, while the number increased to 2,370 ahead of the tourist season that started in the first quarter of 2016. 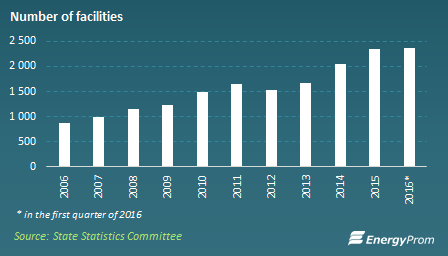 The largest share of all accommodation for tourists and visitors is claimed by hotels with restaurants (42% or 999 hotels in the first quarter of 2016). 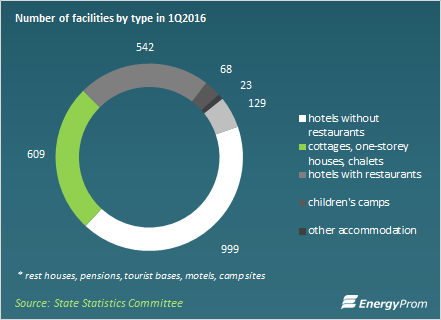 The highest number of facilities were in East Kazakhstan Region (378 hotels, rest houses and other), Almaty Region (315 facilities) and Akmola Region (312 facilities) in the first quarter of 2016.

The highest increase in the number of tourism facilities was recorded in Zhambyl Region – 40.6% year on year to 135. 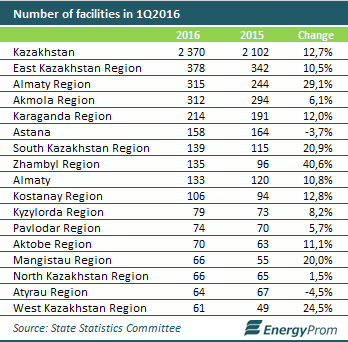