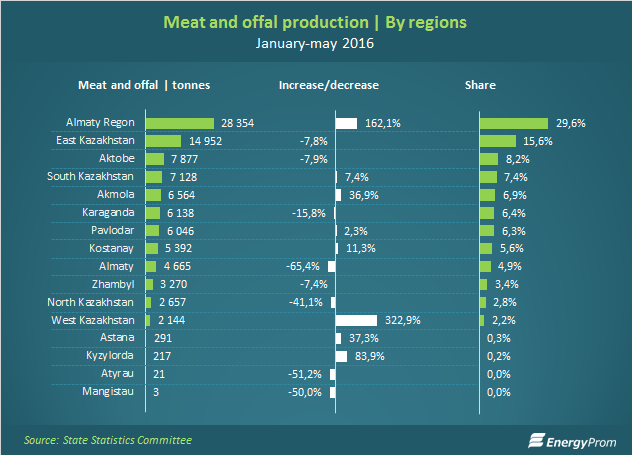 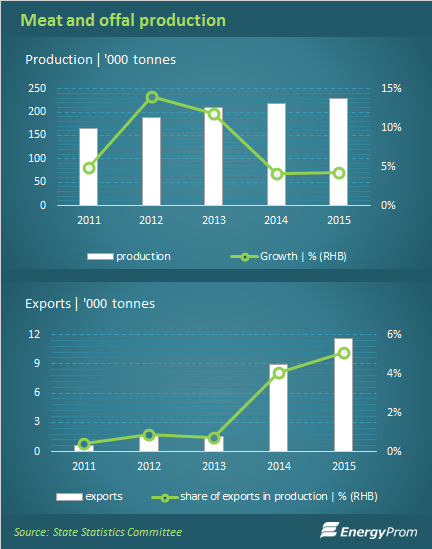 Event. However, due to the latest outbreaks of diseases among the livestock in June 2016 Russia and China have temporarily suspended exports of Kazakh beef which may have a negative impact on meat exports in the short term. At the moment, Kazakh producers are looking for alternative export markets. In addition, Kazakh producers have called for a ban on the private slaughtering of animals in households.

In January 2016 the agriculture minister and governors of three regions – Aktobe, West Kazakhstan and Kostanay Regions – and the transnational company InalcaEurasia signed an agreement on interregional cooperation in animal husbandry with investment worth €100m. Aktobe Region Governor Berdybek Saparbayev said that accords had been achieved on the creation of fattening sites with a capacity of 44,000 head of livestock and on the modernisation of an existing meat facility in Aktobe Region. Its annual capacity exceeds 7,000 tonnes of meat, but farmers plan to produce more – up to 20,000 tonnes of meat a year.