The production of metal products has resumed the positive trend. The annual growth in production stood at 37.7% in monetary terms in 1H2016

In terms of growth rate, Mangistau Region led with a 1,100% growth with output at KZT10.1bn (fourth largest in the country).

The main aspect of the park’s development strategy is the construction of infrastructure of the industrial park in Karaganda. The strategy aims to attract local and foreign investors to the development of a metal cluster in Kazakhstan with focus on the creation of production lines with high added value. The park aims to raise revenue KZT390.4m in 2016.

Apart from the park, in the metal sphere the Saryarka corporation is also developing the Saryarka technology park, offering services to develop business: accountancy and legal services, development of business plans, engineering services, financing of innovation companies in the sector and so on.

Another enterprise set up the corporation is Kazchermetavtomatika which conducts research and development and designing, creation and adoption of automation systems for ferrous and non-ferrous metallurgy, enrichment, machinery, power engineering and so on. 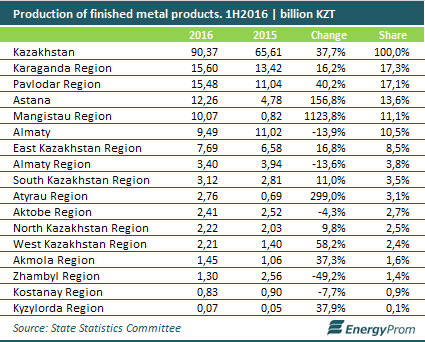 Until the crisis in 2015 the sector showed the positive trend.

If the first half-year’s positive trend continues until the end of the year the sector the sector will end the year in the black restoring the growth trend. 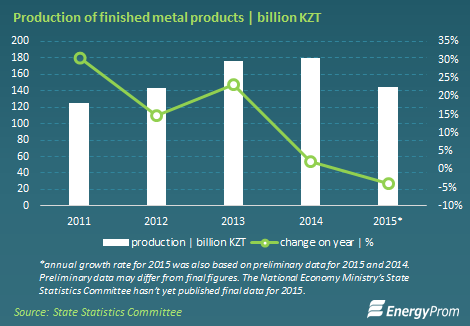 Events: The plant for producing metal structures in Karaganda Region doubled its capacity. The Temirtau-based enterprise’s output is in high demand by local construction and oil companies and utilities enterprises, and it is now entering the Russian market.

The plant first renewed its equipment as it received KZT130m under a programme to develop towns with a single enterprise. The plant is carrying out projects for Expo-2017 in Astana and is working on Astana’s orders to produce 600 pipelines for the utilities sector. Orders come from other regions too and the plant also works to satisfy industrial giants in Karaganda Region.

The enterprise’s managers are now planning to open branches in Russia. The plant produces 3,000 tonnes of metal structures per year. Growth in output has resulted in doubling the enterprise’s personnel and it now employs 60 people in two shifts. 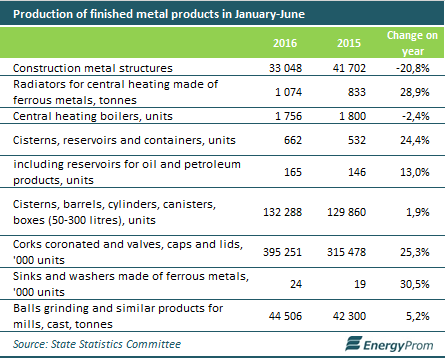